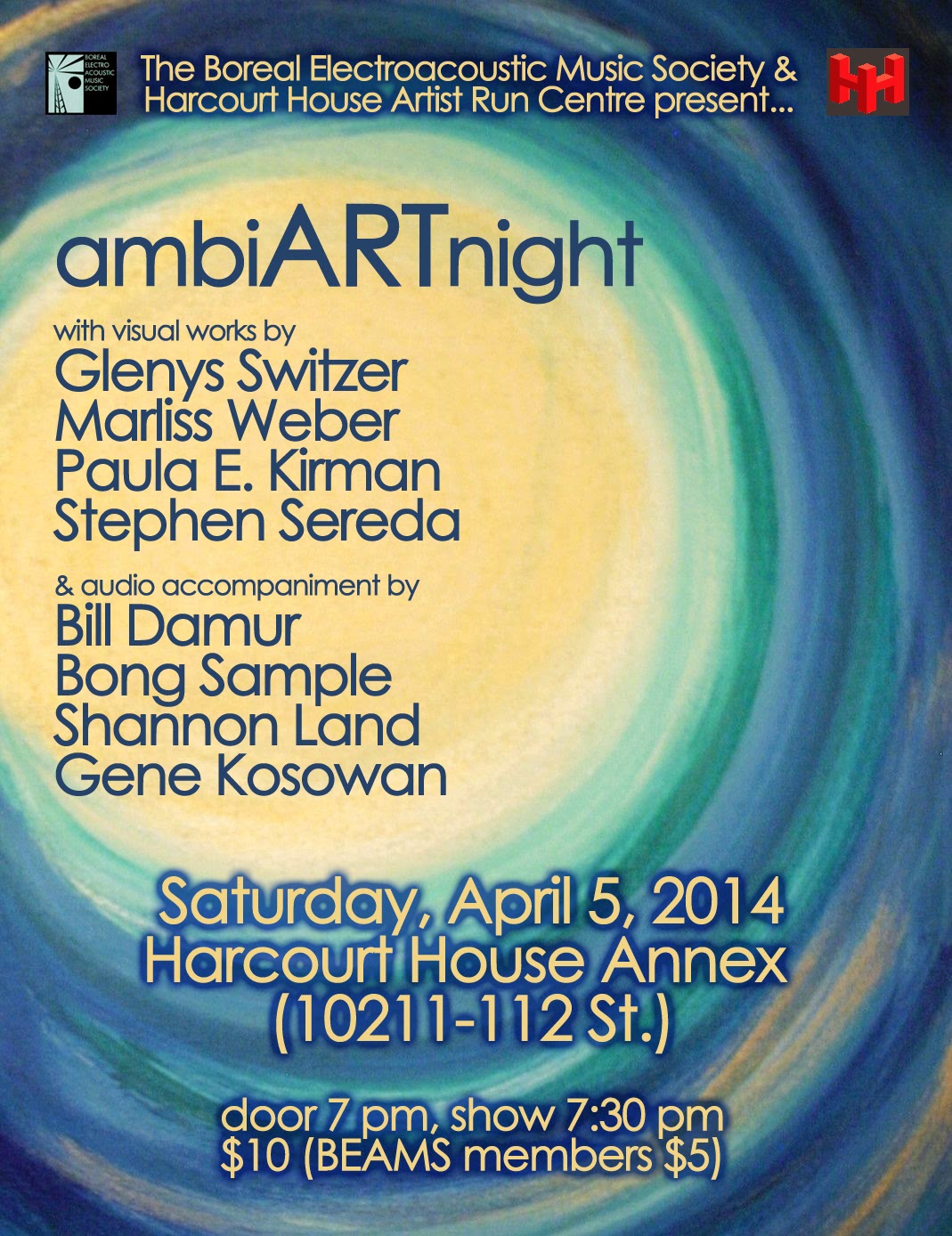 The Boreal Electroacoustic Music Society has announced it will match some of the city’s most eclectic visual artists with a variety of audio practitioners for an evening to be dubbed ambiARTnight. This event, co-presented with the Harcourt House Artist Run Centre takes place Saturday, April 5 at 7:30 p.m. at the Harcourt Annex (10211-112 Street). Admission to the all-ages show is $10.

Works ranging from watercolours and acrylics to mixed media and photography will be projected in crossfade zoom animation, while musicians and audio artists will interpret the images through improvisation. Pairing of visual and audio artists is as follows:


Registered as a not-for-profit organization under the Alberta Societies Act and founded in 1989, the Boreal Electroacoustic Music Society has been dedicated to the production and promotion of sound-oriented experimentation. BEAMS uses the broadest and most inclusive definition of electroacoustic music, welcoming creativity in any medium. Members perform several concerts a year in addition to occasional recordings, festivals and workshops.