BEAMS members playing with NME at the Fringe

New Music Edmonton is at the Fringe all week and some BEAMS members are performing with NME as well!.


A new season is coming, and we we'll start as usual: the NME at the Fringe!. Please, join us in any (or all!) of this 10 days of awesomeness: 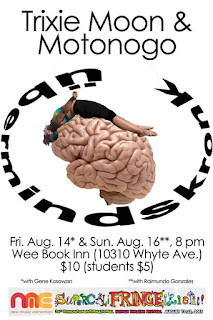 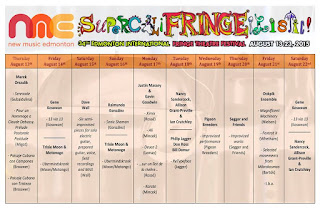 The man who redefined pop art and created the Exploding Plastic Inevitable, which gave rise to the Velvet Underground, would have been 84 on this date. To commemorate the artistic legacy of this countercultural vanguard, a number of locals hit the Boho stage.

Porcelain Heart
Today's counterculture walking on the wild side!

Plus one more unbilled act...