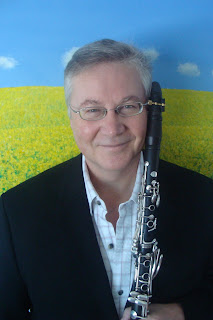 Don Ross has been president of BEAMS since 2002. He makes his living as a freelance clarinet player, playing some 150 engagements a year in classical, jazz, world and experimental music with groups such as Saint Crispin’s Chamber Ensemble, Billie Zizi and the Gypsy Jive, Mile Zero Dance, New Music Edmonton and the Edmonton Symphony Orchestra. He teaches clarinet at the University of Alberta and MacEwan Conservatory. Since joining BEAMS he has developed a passion for electroacoustic music. His works appear on the BEAMS CD Unsound 2 and the sound tracks to John Osborne’s Lines for Clarinet and Robert Moberg’s The Plateau among others. 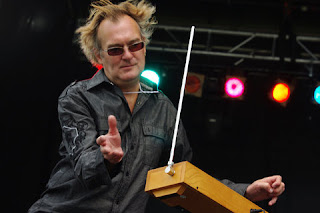 John Armstrong is an artist and producer based out of Edmonton, Alberta.  Whether he's laying down bass with a roots band, manipulating Theremin and other electronic instruments or staging a guerrilla-style, community folk festival, John is all about musical interactivity.  John curated the compilation of BEAMS Unsound 2 in 2007 and often provides sound for BEAMS shows.

Audio sample by The Zkary Monsters (2008) 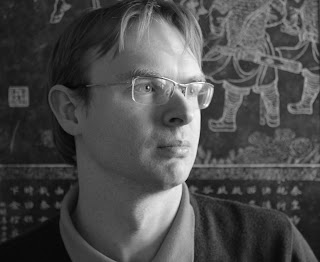 Abram Hindle leverages a wide range of custom software and stolen software ranging from office applications, physics sims, video-games and custom-built user interfaces, in order to produce jarring synthesis. Abram has been producing Electroacoustic / Noise / Computer Music, Computer Music Software and Video since 2000 under the project Skrunt Skrunt. Presenting a mad scientist approach to noise by offering a unique and varied combination of  harsh noises to ambient audio and visuals SkruntSkrunt explores the soundscape of the modern desktop, the auditory aspects of bodies, gravity, and the interaction of physical simulation and synthesis. 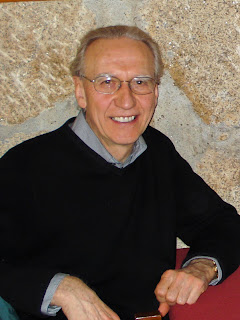 John began experimenting with abstract images and film in the late sixties and continued his interest in the visual arts after a career in information technology and environmental research. More recently, he began experimenting with computer generated patterns and abstract images and more narrative animated themes. John is interested in the relationship between sounds and images and exploring those through computer and video techniques. Videos to music by BEAMS composers include "Lines for Clarinet" (Don Ross) and "The Moonlight Surfer" (Wilf Kozub). John's videos have shown at festivals in North America and Europe.

John is interested in creating visual imagery to music and works mainly with Adobe "After Effects" software to produce animated and special effects videos.


Lines for Clarinet from John Osborne on Vimeo. 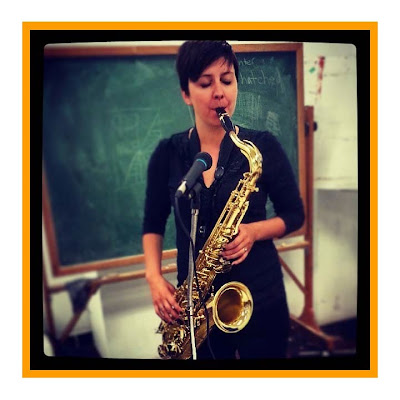 Allison holds a Doctorate of Musical Arts degree from the University of Alberta under the direction of Dr. William Street. During this time she produced her first self-mastered solo recording, Zeniths and Nadirs. She also holds degrees from Bowling Green State University where she studied with Dr. John Sampen and is the first – and only – saxophonist to earn a joint degree from the Université de Bordeaux and the Conservatoire National de Région de Bordeaux where she studied with Marie-Bernadette Charrier.

Since 2003 Allison has maintained an international performance career with concerts in Italy, France, Thailand, Slovenia, Canada, the United States, and Mexico. During her undergraduate degree, Allison won first place in the Fischoff National Chamber Music Competition in 2005. Amongst notable collaborations are Marcos Balter and Nathan Davis in the US, Colin Labadie in Canada, and Thierry Alla and Henri Pousseur in 2006 in France. Allison has also won the University of Alberta Concerto Competition and the Edmonton Composers' Concert Society Concerto Competition, both in 2008.

In Edmonton, Alberta Allison helps develop the new music community as Production Manager of New Music Edmonton and board member of BEAMS. Since 2009 Allison has been the saxophone instructor at the University of Alberta. 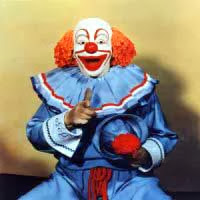 Gene Kosowan has been an active experimental electronic musician since the 1980s. Under the guise of flEm, he has appeared at a number of venues and events facilitating the avant-garde genre such as The Bronx (now the Starlite Room), City Media Club, The Ambassador, Gazebo Stage (in Old Strathcona's McIntyre Park), Varscona Theatre, Citadel Theatre as well as live performances in Calgary and Regina. Festival appearances include his 1991 Fringe production called "Miseryland" (dubbed "the weirdest show at the festival that year") and at The Works Art and Design Festival in 2003 and 2004.

He also spearheaded a number of improv groups and ventures that include She-Devils on Wheels, b3guil3d, The Worm/Decay Project and MKE. He has also been part of a number of ensembles led by Tippy Agogo, Stephen Humphrey and Trace Willin.

In alternative circles, he has been a keyboardist, guitarist and bassist in such groups as The Beirut 66, The Meech Lake Accordions, The Jaded Virgins and Lurch.

More recent ventures include The Condaleezza Rice Paddies, du plafond, Ukrainian For Butterfly, Ativan Zoloft and a 2013 reunion with Beirut 66 singer Beta Decay at Sasquatch Gathering 18 in Rangeton Park AB. Currently, he plays solo and with sound manipulator Will Truchon in a duo called Motonogo.